By Teresa SellmanDecember 2, 2022No Comments

NORTH CHICAGO, ILLINOIS, Nov. 30, 2022 — Rosalind Franklin University of Medicine and Science (RFU) researcher Joanna Dabrowska, PhD, PharmD, has been awarded a $2.36 million grant by the National Institute of Mental Health (NIMH) to explore potential new treatment approaches for anxiety disorders and post-traumatic stress disorder (PTSD) — among the most common mental health problems in the United States. The new award marks the competitive renewal of Dr. Dabrowska’s grant, which started in 2017. 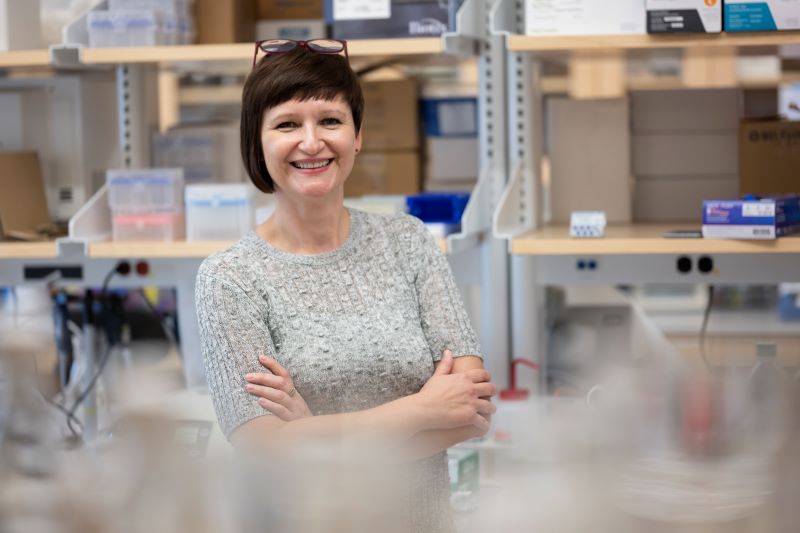 Dr. Dabrowska’s latest study, “The Integrated Role of Vasopressin and Oxytocin Receptors in the Modulation of BNST Activity and Fear Processing,” will focus on the bed nucleus of the stria terminalis (BNST), which has emerged as a key brain region translating an exposure to unpredictable threats into sustained fear in animal models and humans. Stress-induced neuropsychiatric disorders such as PTSD are characterized by hypervigilance manifested as constant threat surveillance and disproportionately higher fear reactivity to unpredictable vs. predictable threat signals.

The BNST is hyperactive in patients suffering from generalized anxiety disorder (GAD) and PTSD. Dr. Dabrowska will investigate how oxytocin and vasopressin, two hypothalamic hormones released in the BNST under various physiological conditions, modulate BNST activity and BNST-dependent fear and anxiety behaviors.

“Anxiety disorders are among the most common psychiatric conditions, yet no new anxiolytic drug has been approved for treatment in the last decade,” said Dr. Dabrowska, an associate professor and member of the university’s Brain Science Institute and its Center for Neurobiology of Stress Resilience and Psychiatric Disorders. “Our work fills a significant knowledge gap on the integrated role of vasopressin and oxytocin in the BNST, which can lead to a novel therapeutic strategy of combined vasopressin and oxytocin receptor manipulations, resulting in more comprehensive treatment approach for anxiety disorders”

Social anxiety disorders impact more than 15 million Americans and about six out of every 100 people will have PTSD at some point in their lives.

“We are gratified and inspired by Dr. Dabrowska’s latest NIMH award, evidence of her lab’s significant contributions to the advancement of mental health in the United States and across the world,” said Dr. Ronald Kaplan, RFU executive vice president for Research. 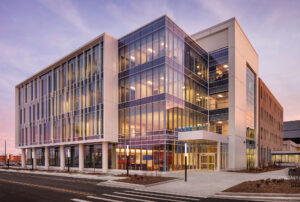 Visit our Portfolio page to learn more about how TUFF helped Rosalind Franklin University pursue its strategic vision to develop a research and innovation park that would accommodate co-location of researchers, start-ups, and industry partners, and create jobs to stimulate economic development in an underserved community of North Chicago.